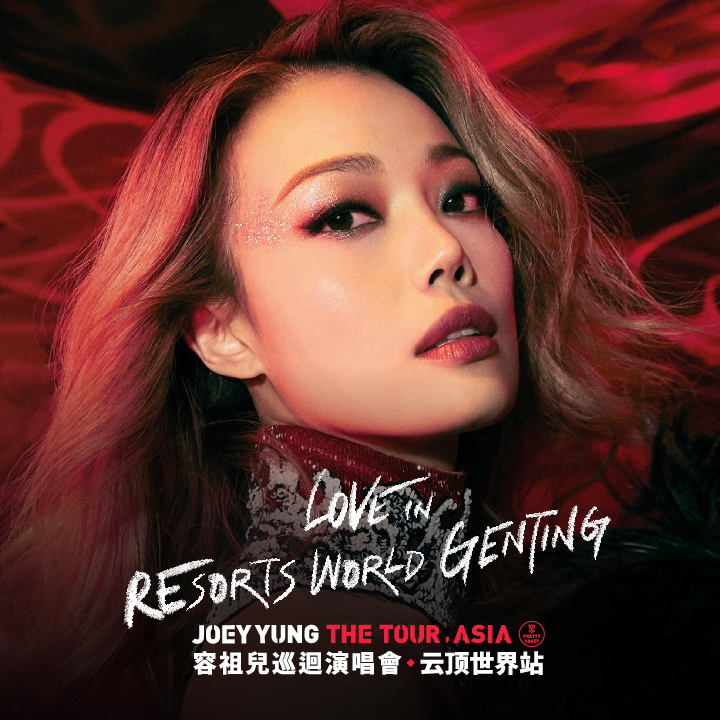 Debuting in 1999 with EP 1 Joey Yung- which yielded the chart-topping song Unknown, a cover of Jennifer Paige’s US hit Crush - Yung has been at the forefront of the Hong Kong music industry for over 20 years. EP 1 Joey sold an incredible 130,000 copies and stayed on the Hong Kong IFPI Album charts for 23 weeks – a record for a debut artist that still stands till today. More and more hit songs and albums followed, including My Pride that gained a slew of top song of the year awards in 2003, Evade You, Can’t Afford To Miss, Grand Debut, Science of the Heart and Tree With A Thousand Flowers. Singing in both Cantonese and Mandarin, Yung has won the IFPI Hong Kong Best Selling Female Singer award seven times, cementing her position as one of Hong Kong’s greatest musical stars.

Having dabbled in many musical styles over her career, Yung is a performing force on stage as well. Her concerts have always been instant sell-outs, with her world tours taking her across the globe to Southeast Asia, Australia, Canada, the USA and the UK – establishing herself as a truly global star. In 2011, she performed her first European concert at London’s Royal Albert Hall – becoming the first Chinese female singer to perform at the prestigious venue.

In August 2019, in celebration of her 20th anniversary in show business, Yung held a series of 19 concerts at the Hong Kong Coliseum, selling over 250,000 tickets in a single day and proving that her star has not diminished at all.